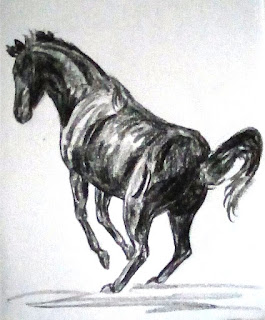 The Boys Out Playing

The Boys Out Playing 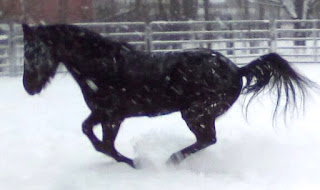 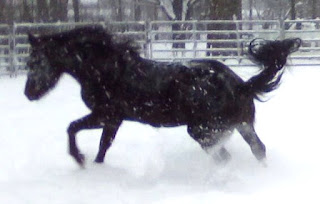 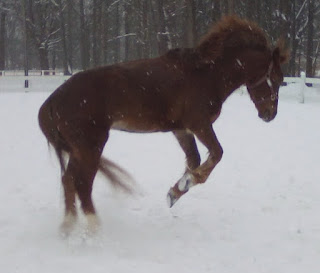 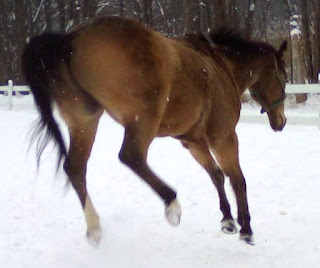 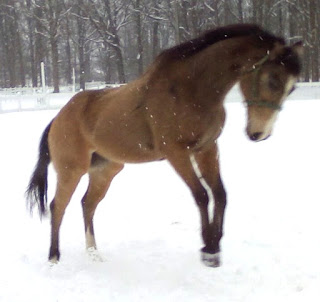 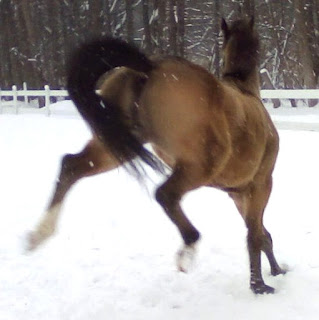 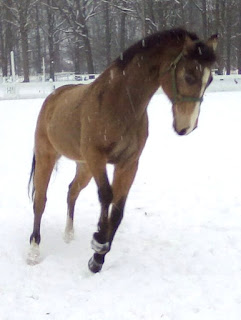 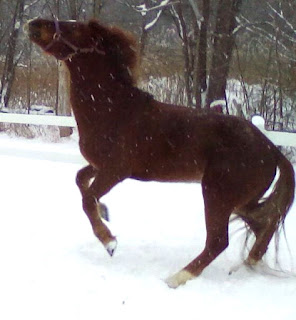 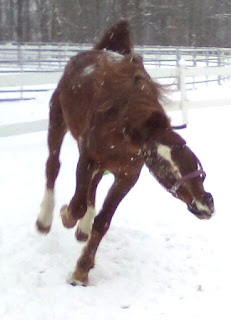 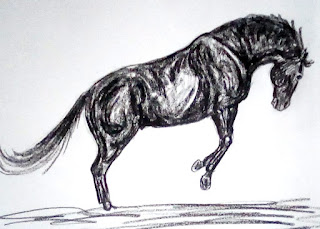 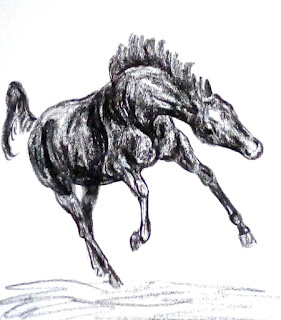 We are Shut Down

We are Shut Down

Winter was going great for a while.  We were still trail riding.  Sure, we would get a few bad days where it was either too cold, rainy or there was some ice on the river, but we were still getting out.  Even Ellen was going on trail rides.

Then we had a streak of below-freezing weather and significant ice started to form.  Crossing the river was out of the question for a while.  We needed a good thaw to save us.  The big snowstorm wasn't that bad.  Cole, as short as he is, has no trouble plowing through foot-deep snow.  Kevin and I enjoyed riding Starry and Cole on the hill.

I said that we needed a big thaw--not a little one.  We had a little one that melted all the snow in the driveway, and then it refroze the following day.

Ice is our enemy, and the driveway is now a sheet of ice.

It is time to work in the arena for real--not every now and then.

There is no relief in sight.  It just keeps getting colder and colder.  We are shut down 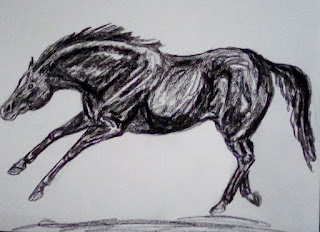 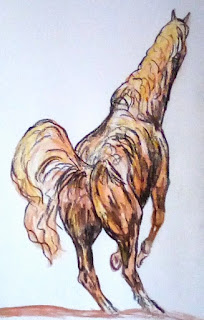 Last month, I wrote about how excited I was to discover the "non-canter."

I haven't gotten too far with it.  The biggest problem that has held me back was the conditions of the trail.  Somedays, it just isn't appropriate to trot; let alone canter.  There were other rides where I was following a trotting horse, and there just wasn't enough space between us for me to canter safely without interfering with the other horse.

There were days that I tried--and failed completely.  I know that part of the problem is that I had Cole's shoes pulled for the winter, and his feet are a bit tender.  He is lacking enthusiasm to go beyond a moderate trot on most rides.  I'm not forcing the issue, because that goes completely against the whole idea of the "non-canter."

There have been a some days where he does canter for a little bit, then he goes right back to the trot.

On the days when we can't cross the river because it is too high--and there have been more than a few of them in December, we will trot on all the good trail on the hill.  One of the best areas is right at the bottom.  It is a bit muddy in places, and they don't care to trot through the mud.  They will--they just don't like it.

What I have been trying--at least once a ride when we are on the hill--is to canter at the bottom between one muddy section to the next.  I have had some success, and each time I do it, Cole gets quicker on his transition.

I was riding the hill with Kevin on Starry on New Year's Eve.  Kevin was taking it easy because his back is feeling a little sore.  When we would get to the bottom of the hill, I would trot to the end, turn around and trot back to Kevin as Starry just strolled along.

On our last trip down, we did our trotting routine and caught back up with Starry right at the mud pit.  Kevin told me to do it again.  I turned at the mud and asked Cole to canter as we were turning.  He did!  Not only did he canter, but did it right out of the turn with no walk or trot steps at all.  We just flowed right into the canter.  It was a spectacular feeling.  We went the short distance to the next mud pit, and then I asked him to trot to the end.

It was one of the most thrilling canter transitions on Cole that I have ever experienced.  I hope that it is a sign of good things to come.

Everything depends on the weather this time of year.  If it is really bad, I might start working on the canter in the arena.  I just haven't been doing much arena riding in years, and what I did do, included very little cantering.  Maybe this will motivate me to concentrate more on it.  I just have to keep imagining how that wonderful transition felt...

What a month December was!  We had beautiful, sunny days.  We had days with light rain, with extreme cold, with frozen ground, with high rivers and high winds.  Ellen rode in all of them!  She hasn't ridden in snow, yet.  Oddly for northeast Ohio, we didn't have any measurable snow in December this year.

Ellen had her best year for trail riding in many years.  She even had her first ride of 2022 on New Year's Day.

She has really learned how to manage her anxieties.  The year 2021 was a tough year for many reasons, but it was a great year for trail riding.

We think that moving to a new stable helped a lot.  It gave her a chance to start new habits.

So much about riding is forming good habits--and breaking the bad ones, too!  Some habits are things that we actively do; like checking the girth before mounting, but other habits are in our head.  For example, Ellen was in the habit of becoming anxious whenever Dante lifted his head high.  It is a good habit to take notice when your horse does this.  Something may have gotten his attention that can cause him to spook, but it isn't a good reason to become anxious.  Most of the time, it is nothing at all.

Ellen has become aware of her bad habit and is working to replace it with a less anxious response.  As with all habits, they are hard to change--but not impossible.

These are the kind of things she has been working on.

Hopefully, 2022 will be one where Ellen continues to grow and excel.  She is a fine rider and has a wonderful horse.  The journey will continue... 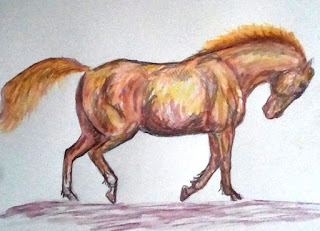